Tea and its cultural significance can not be overstated. Discover how to honor the beverage, where it comes from and its many benefits.

Tea as a Gift

Tea is a flavorful, versatile ingredient that can be used to create a wide variety of foods and beverages. Discover how to utilize tea in your next recipe.

Tea and Health Browse Our Library
Missives from The Republic

The latest announcements, media releases, and information about industry events and our environmental and sustainability efforts.

In the Media & As Featured in

In keeping with our identity as an independent republic, we designate our employees Ministers, our sales representatives as Ambassadors, our customers as Citizens and retail outlets as Embassies.

The ancient Chinese philosophy of "Ta Shun" is alive when people naturally care about the world and depend on one another for Harmony for the Whole. Through goodwill and good work, we are committed to embracing Ta Shun for the well-being of people and the planet. 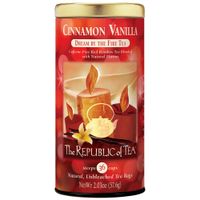 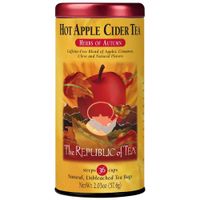 Dream by the Fire Snickerdoodles

The Tradition of Mulling Spices

Sip by Sip Rather Than Gulp by Gulp®